Some varieties of mushrooms have sizable followings, including chanterelle mushrooms. While for some species, it may be the distinct flavors that keep people coming back for them, like Matsutake.

For others, it may be a very specific appearance, like Lion’s Mane, a mushroom variety that you have to see to believe.

The unique thing about chanterelle mushrooms, which I believe draws so many in, might just be a combination of a number of things. Because these mushrooms have some very special characteristics not often combined into a single variety.

People chase these delectable treats the woods over to make sure they find their fair share.

But like other varieties of wild-grown mushrooms, there’s a dark side that I need to highlight, particularly to those new to mushroom hunting. And that is to point out that chanterelles, like other well-known mushroom types, have toxic look-a-likes. 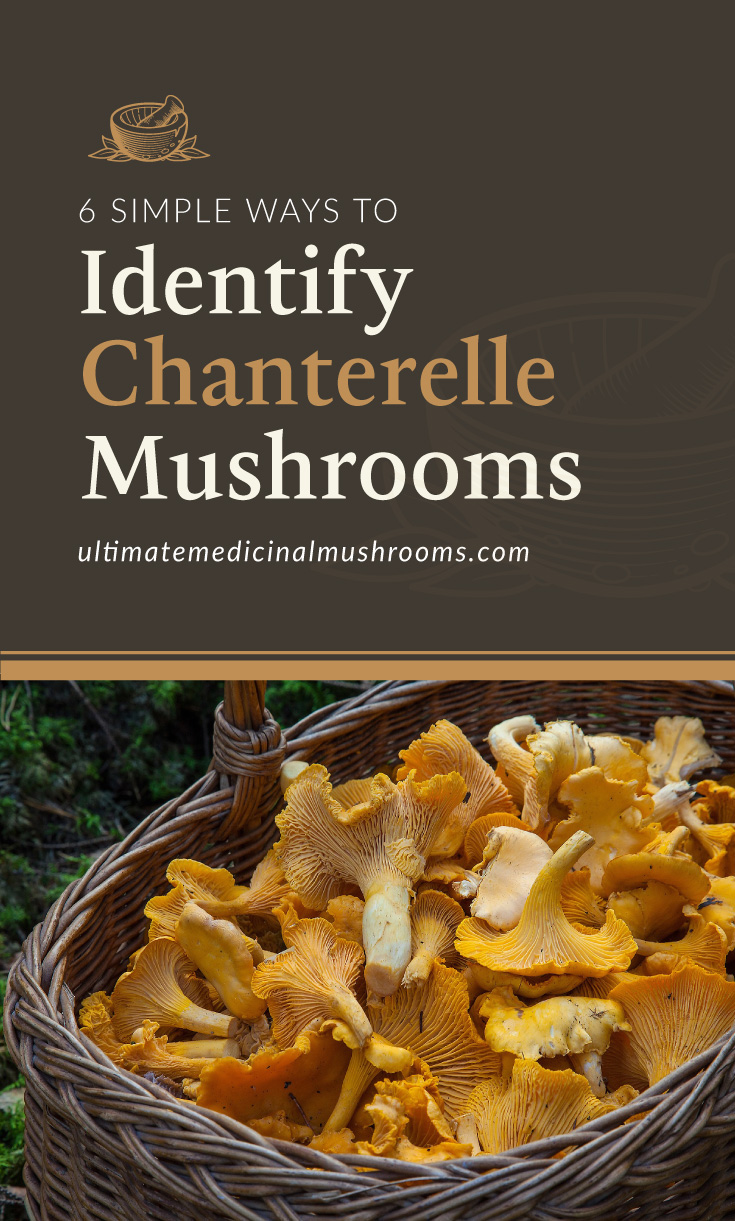 That means there may be a small chance that if not identified properly, you may end up with a variety of mushroom that could potentially be life-threatening.

Always make sure you double-check any mushrooms you find in the wild. Regardless of how sure you are that the mushroom in your basket is what you think it is, go through the process of elimination.

Their poisons are severe enough in some cases to cause death. No meal is ever worth paying the ultimate price for.

Why are Chanterelle Mushrooms so Popular?

The chanterelle mushroom is one of those varieties that has something pretty special to offer. Firstly, it’s the taste, one many mushroom hunters crave to find.

While similarly earthy like a lot of wild-grown mushrooms, this particular type also offers notes of mild pepper. This gives the mushroom a delicious woodsy twist over similar species.

Their texture is also quite popular when cooked properly. The mushroom has an appealing chewy texture that’s combined with just the right feel of velvet.

It’s hard to describe, but take it from me, once tried for yourself, you’ll understand what I’m talking about. It’s not a texture really replicated with other varieties, giving this species a kind of exotic twist.

Talking of exotic, let’s not forget about the unique aromas this mushroom throws out. This aroma isn’t limited to when you cook the mushroom. Chanterelles release a deliciously aromatic fragrance of sweet apricots and peaches. All you need do is snap them in half and enjoy the unique scents of nature.

The Simplest Ways to Identify Chanterelles

The easiest way to identify any mushroom is to look at the cap. With chanterelles, you’ll find their caps to be convex-shaped. Think of a vase shape. Their color will mostly be a pale yellow, blending towards an orange-yellow. You may also find a certain species to resemble the color of ripe peaches.

After you’ve approved the cap, inspect the stem and make sure it’s smooth and has no bulb around the base. Chanterelle stems have solid interiors; never hollow. One great identifier is to make sure the color between a cap and stem matches, unlike some other varieties.

Step #3: Snap some base off

As mentioned above, one sweet way to tell if you have found a chanterelle is to snap some of the base off. This mushroom has a very distinctive smell, reminding me of a blend of sweet apricots and peaches.

Step #4: Check where they grow

Chanterelles grow on the ground around hardwood trees. They form a symbiotic relationship with a host tree or plant, making them a mycorrhizal variety. You may also find them in areas where the ground has been recently disturbed.

Mushrooms spread their young through spore which they release. These spores vary in color from species to species, making spores a great way to identify each. Chanterelle spores appear white, sometimes blending into a light yellow.

Like every wild-growing mushroom, chanterelles have a distinct growing season. It runs from somewhere near the middle of summer to early fall. In America, that translates to somewhere in July to sometime during September.

It’s also important to understand the mushrooms that appear similar to chanterelles. One of these is the Jack O’Lantern, a toxic variety that looks very similar.

If you happen to eat them by mistake, expect to suffer some severe cramps, as well as a bad case of diarrhea. But while Jack O’Lanterns grow in clumps, chanterelles grow singularly.

Make sure to pay special attention when foraging for these mushrooms. Remember a golden rule. If you’re unsure about a mushroom, it’s always far better just to throw it away. It really isn’t worth the risk.