There’s a reason so many people ask me for the best tips on how to cook matsutake mushrooms. Being amongst the most popular of all the wild-grown mushrooms people actively hunt, the matsutake has some real die-hard followers.

And there’s a very good reason they forage for these beauties so meticulously.

Matsutake mushrooms have one benefit a lot of other mushrooms don’t. They have a very active marketplace, ready to buy whatever supply people find and willingly sell.

That marketplace is in Japan and it’s the Japanese people that prize matsutake mushrooms above almost all others. The fungus, when given as a gift, symbolizes fertility and also happiness. 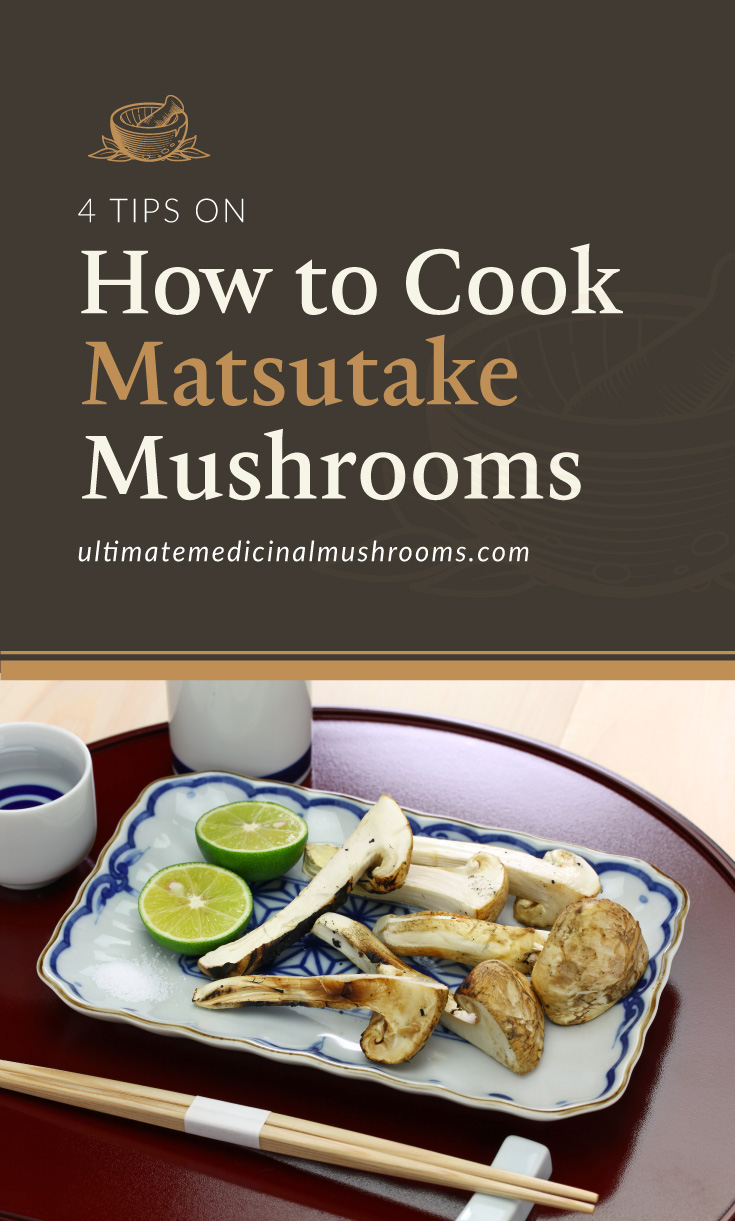 That’s why I wanted to put this article together, so people keen to turn these precious fungi into a meal, won’t make the mistakes others have before them.

Things to Keep in Mind About Matsutake

In knowing how to cook matsutake mushrooms, 2 points need to be made and they are probably the most important. The first is knowing when to hunt for them.

Like most wild-grown mushrooms, matsutake has a certain growing season in which they fruit.

They lay dormant throughout the rest of the year, so if you find yourself hunting for them unable to locate a single one, consider the time of year.

Matsutake grows during the late summer and fall if you live in a cooler climate. But should you reside in a state where the temperatures peak higher, look for matsutakes throughout the winter, stretching to late January.

It pays to know when to look for them because hundreds, if not thousands, of other people will also be hunting for them.

The second thing I really need to point out with matsutake mushrooms is that they are one of the strongest-flavored mushrooms around.

I talk about it a little more down below, but I really feel the need to point this out, because many people unintentionally spoil entire meals due to not understanding this. It is imperative that you understand just how strong they are before you start cooking with them.

The 4 Tips on Cooking Matsutake Mushrooms

The best way to serve matsutake mushrooms is to make them center stage. If you really want to highlight a dish featuring these fungi, do yourself a favor and hero them in it.

Because it’s not going to take a lot to get the flavors right. Remember that they have a very distinct aroma and taste. This may mean that you need to sample the mushroom in a few dishes to work out which is best.

As already mentioned above, matsutake mushrooms carry a very strong taste and have turned more than a few dishes from delectable delights into inedible nightmares not fit for serving.

That is because the unwitting chef used too much of the mushroom, thereby overpowering the dish with a rather pungent odor and flavor, which they subsequently discarded.

When cooking with this mushroom, start with only a few pieces. Less is definitely more when trying to figure out how much is enough. If you find that you need more flavor after trying the dish with a minimal amount, add a few more pieces, but remember to add them sparingly.

Just like some of their flavor characters, not everything is perfect when first tried. Given their “cinnamon” flavor, you may find these mushrooms unsuitable for dishes you’ve used mushrooms, in the past.

When you consider that people describe the flavors associated with matsutake mushrooms with words like “pungent”, “intense” and “spicy”, you can be forgiven for underestimating just how intense.

If serving these in some type of sauce-based dish, avoid white sauces, as matsutake doesn’t mix well with butter or cream-based sauces.

Unlike some other varieties of mushrooms, matsutake mushrooms turn into an unpleasant mush if overcooked. And that’s one of the key things to remember when cooking them.

Always consider that firm matsutake tastes the best, holding the best texture and flavors when served warm and firm, fresh from the pan.

Given their immense popularity both in America and Japan, it’s not hard to see why these mushrooms are so highly sought after. With an incredibly particular flavor and a certain symbolic stature in Japanese culture, these truly are a prize worth hunting for.

But if you do happen to find some, always remember the four tips above. That way, you too will experience one of the true mushroom delicacies.