Do you know what the best advice I have ever been given about mushroom identification was? The advice came from my grandmother and despite sounding chilling, made sure to highlight one of the true realities of mushroom hunting. She said, “Know the ones that kill you.” And ever since that day, I made sure that I knew all the mushrooms deemed toxic.

Only once I knew what the dangerous ones looked like, did I become confident enough to try and identify the edible varieties. By then I was around 12 years old and keen to impress, like any young boy wanting to show the world how good he was. 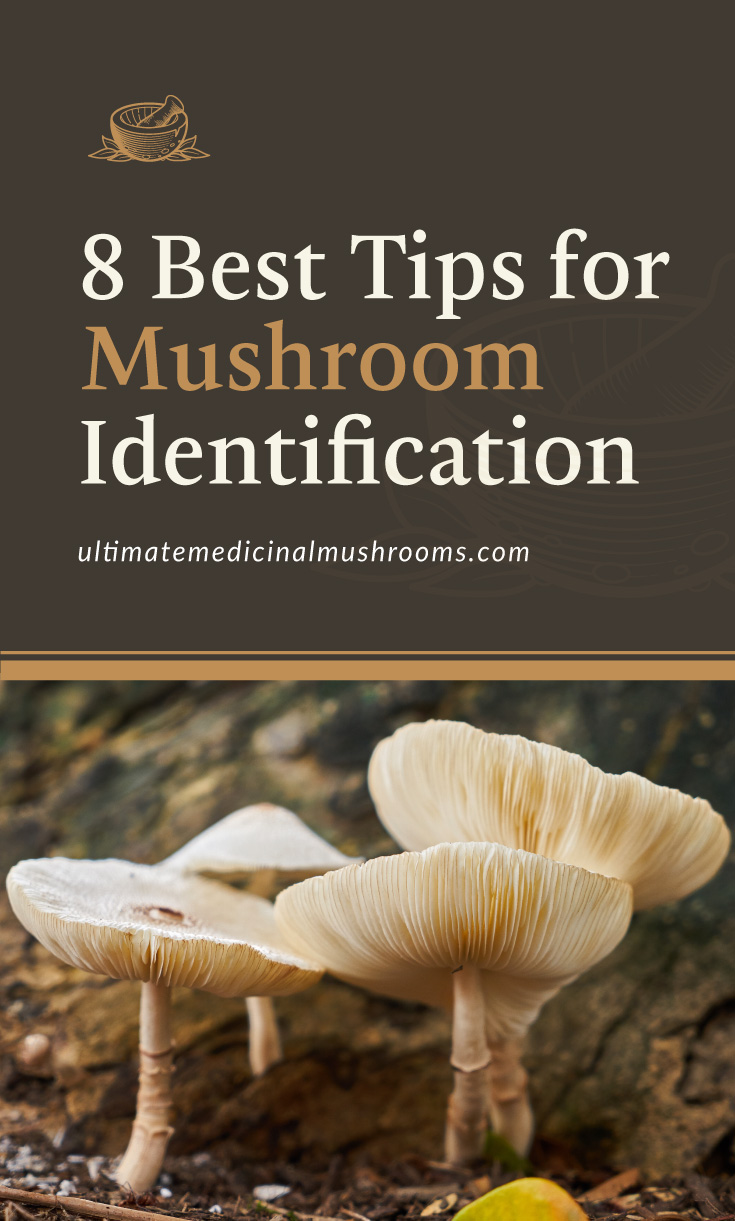 Several great resources exist to help you with identifying both edible and poisonous mushrooms. One of these is a good-quality book. Most reputable mushroom identification books have loads of information, often written by well-educated mushroom hunters. Use their experience to your benefit and let yourself be guided by the best.

If a book isn’t quite the thing you’re looking for, check out my own 8 key identification methods for ensuring you understand exactly which mushroom you have sitting before you. With thousands of possible species growing wild all around us, the chances of stumbling across toxic varieties are highly probable.

Mushroom caps are not unique between mushrooms. But what they do offer is part of a bigger picture. The cap is the most predominant feature of any mushroom, hence why most people focus on it. The color of a cap is a good indicator of what species it is, as are any markings the cap holds.

The size of the cap could also be a great indicator with some mushrooms having large caps that appear precariously balanced on the stems below. Knowing the size of certain species’ caps helps narrow down which variety you have.

Caps may also be hollow, while other varieties hold solid caps. This may be the only difference between edible varieties and their toxic counterparts. It’s not unusual for an experienced mushroom hunter to carry a blade. This blade isn’t just to slice the mushroom from the ground, but also to cut the cap in half and verify whether it’s solid or hollow.

Located directly underneath the cap, these small rib-like features may not always be present. While some mushroom varieties have specific gills, small feathery-like structures, others have gills that aren’t quite the same. They may appear as gills but maybe instead, part of the mushroom cap, designed to deceive the untrained eye.

Some species of mushrooms may not have a stalk at all, the cap growing directly onto the side of a tree, or appearing as a bunch of gills. If there is a stalk, check the color. Does it match the cap or is it different? How tall is it and how does it compare to the cap? The stalk is another great identifier for mushroom varieties.

Speaking of growing on trees, not all mushrooms grow on the ground. Not all grow in deep dark forests. Some grow out in the open fields, while others grow atop dead or dying trees. Certain varieties of mushrooms exist that form symbiotic relationships with other plants, while other mushrooms feed on plants and trees until they die.

There’s a lot to learn from understanding exactly where you find your mushroom variety. Take care to pay attention and understand the differences between certain mushroom species. It may just be a subtle difference that differentiates toxic from edible varieties.

The smell can be a great way to identify certain mushroom varieties. Certain species have very specific smells, ranging from cinnamon to fish and roasted nuts to sweet apricots. Knowing the smell of a distinctive mushroom you’ve already mostly identified will possibly help confirm the species.

Taste is not something I’d ever recommend unless you were 99% sure of the variety, and only then in very tiny samples. Once tasted, make sure to spit out the piece, regardless of whether you know the type or not. Better to be safe than sorry.

Remember that virtually all wild-grown mushrooms grow during particular seasons. While some grow through a warm summer, others may grow during a late fall or early winter.

Not all mushrooms react to touch, but some may behave in special ways. Does the cap bruise, change color, or keep your fingerprint for a period of time?