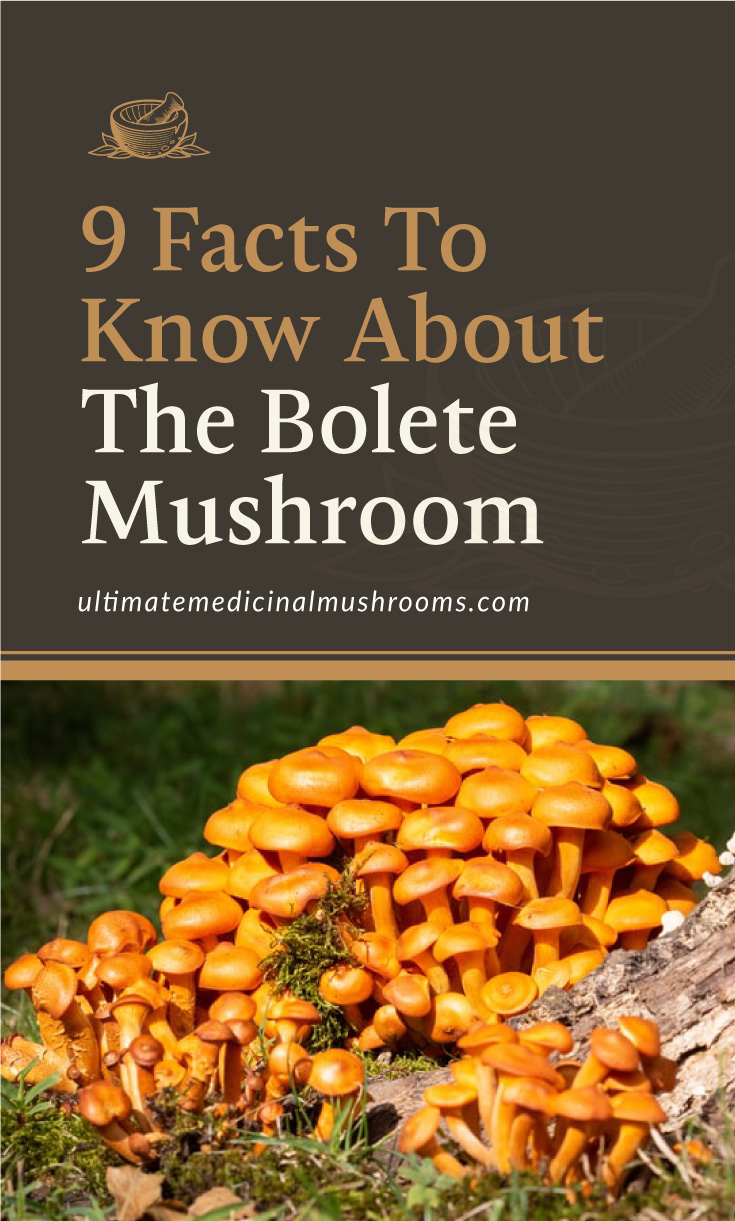 The bolete mushroom is one that remains a mystery to some and is a delicacy for others. You may also know these mushrooms by their other name of porcini, but the truth is, there are plenty of edible species and non-edible ones in this group.

So, before you go looking for boletes, you should know these 9 facts about the bolete mushroom:

Unlike other mushrooms, boletes lack gills; they have pores under their cap instead. From these pores, they grow spores that allow them to reproduce. Also, the surface of a bolete mushroom will look like a sponge.

Fact #2: There are many North American boletes

There are plenty of North American boletes that are edible, but because there are many, they can range from delicious to completely bitter and repulsive. You will need to read and get familiar with each kind of bolete mushroom so that you don’t make the mistake of foraging and using a bolete that turns out to be bad.

Fact #3: You can find the fungi year-round, but the mushrooms won’t last too long

While bolete fungi grow beneath the ground year-round, the flower or mushroom will only grow when the conditions are right for reproduction. This environment is one that is usually rainy and cool, but not excessively cold. That means, that for better results when foraging, the weather in the cool months of autumn may be the best.

Fact #4: Specific signs will let you know that a bolete isn’t edible

For starters, your bolete shouldn’t stain blue. While this sounds odd, it is a sign that you have an inedible bolete in your hands. To make sure, cut into a corner or crush a corner of the mushroom, if there is no blue stain, then this is a safe species to eat. However, you can also find a two-color bolete, which is edible but stains blue, but this is a fairly good rule for those starting with foraging boletes.

You should also make sure that your bolete doesn’t have bright red or yellow pores. These pores are signs that you have toxic boletes in your hand, so discard any mushroom that has these marks.

Fact #5: The bolete mushroom has plenty of health benefits

The bolete mushroom is low in calories but high in dietary fiber, which is beneficial for digestion and lowering cholesterol levels. Boletes are also a good source of digestible proteins, making this mushroom nutritionally valuable.

These mushrooms have many antioxidants, including vitamin C, ergothioneine, flavonoids, and phenolic compounds. This fungus is also a good source of minerals, like selenium, manganese, zinc, copper, iodine, and molybdenum.

Finally, you may already know this, but mushrooms are a source of vitamin D. The bolete mushroom contains a valuable amount of this same vitamin, which can be good in managing your immune system, and helping in calcium and phosphate metabolism.

Fact #6: You can also find boletes in grocery stores various times of the year

Fresh boletes are available in some grocery stores, and most likely farmer’s markets, from the middle of summer until about November. But some can be vacuum-packed and sold year-round. If you want better and more lasting flavors, it may be a good idea to go with smaller boletes, as the large size means that they have probably passed their prime and their flavor is also going bad.

Fact #7: Use your boletes quickly after harvesting or buying them

Once you have your fresh bolete mushroom, the best idea is to use them immediately. However, if you can’t use them, keep them in a dry, cool place away from direct light and moisture. You can also place them in the refrigerator, inside a paper bag, or in a dish covered with a cloth.

While you can eat bolete mushrooms raw like you do other mushrooms, the cooking process is a better option because it brings out the earthy flavors to shine. Make sure to clean you bolete mushrooms and remove the base of the stem. You can also remove the surface under the cap if it seems too slimy.

Dry boletes can be kept for a long time, whether it is in an airtight container or frozen. To re-use them afterward, you can soak them first in hot or cold water for about 15-20 minutes until they seem rehydrated. This soaking liquid may even become useful for cooking later, as it contains tons of nutrients, and it can be used as a broth to start soups, sauces, stir-fries, and more.

Now that you know more about bolete mushrooms, you are ready to start looking for them the next time you go foraging. If this activity isn’t for you, then you can search for these mushrooms in your local grocery store or farmer’s market. Remember to look closely so that the mushroom you pick is safe to eat. Enjoy these bolete mushrooms in any way you like! For more delicious mushroom varieties, check out these.