It’s not often a mushroom makes sense as to why its name was chosen. But with Stinkhorn mushrooms, I guarantee it won’t take you long to make the connection. This is one of the few times where the name fits perfectly. When it comes to these incredibly odorous fungi, you can smell them a mile away. 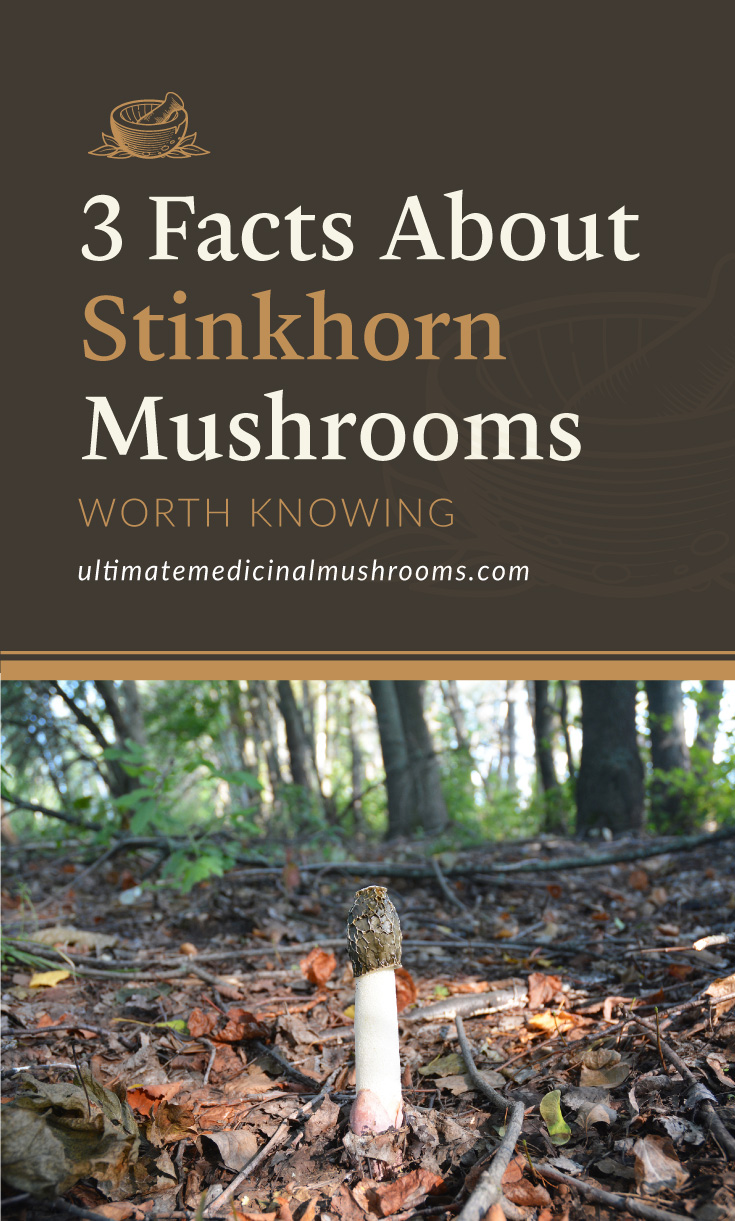 Many mushrooms may come across as being absolute stars, especially when it comes to serving them in some very popular meals. Not all fall into that category. One of the mushroom varieties you definitely want to avoid is the fabled Stinkhorn. This is why I have put together a few key facts for you to add to your own mushroom handbook.

In nature, there is one key word that links every living thing on this plant, even those things you may not consider living. Do you know what that word is? It’s reproduction. Every living cell on the planet has a single urge during its lifetime. A subconscious mission which it needs to accomplish before death.

Mushrooms reproduce through spores and the way they spread those spores is what makes each mushroom quite unique. Some depend on the weather, like winds and rain. They  either blow the spores away, or float them to another hospitable place where they may grow. It’s quite common for mushrooms to spread their spores in this manner, but the stinkhorn is different.

It smells so bad for a single purpose: to attract flies and insects so that they will spread the spores for it. Once the insects have the spores attached to them, they carry the stinkhorn’s offspring far and wide.

The smell of the stinkhorn has been compared to raw sewage, or rotting meat. This is what attracts the flies and other curious insects to it, giving the illusion of a delicious meal. Instead, the stinkhorn secretes a highly sticky substance that carries the spore. Once the insect lands in the sticky mucus, it unwittingly becomes a recruited courier, unable to remove the slime from itself.

Mushrooms have always had one downside when it comes to the most popular ones. Many, especially those many chefs value above all others, only grow in certain climates, often requiring shipment by foragers once found. It’s almost ironic that the really delicious mushrooms only grow in certain countries, while the less-than-popular mushrooms grow anywhere.

When it comes to Stinkhorn mushrooms, they grow the world over, people finding these unwanted trespassers in beloved gardens in almost every country. And once you have them, they are not that easy to get rid of. These pesky fungi find your garden as inviting as a lush forest floor, often sprouting on wood chips and deep mulch.

While they do come in various shapes and sizes, which may confuse some foragers as to their true identity, there is a simple way to identify a stinkhorn. The smell is synonymous with all stinkhorn varieties, making identification a breeze for anyone with a sense of smell. Smelling rotting meat or raw sewage on a fungus is enough to deter the most astute of mushroom hunters.

Do not eat Stinkhorn mushrooms. It’s that simple. If you smell them and identify one, keep walking and move on to the next fungus you find. Whilst their toxins are still relatively unknown and unclassified, just knowing that small animals have died from consuming stinkhorns is enough of a deterrent for me.

Because of the distinct smell of sewage and rotten meat, the mushroom also attracts other animals, beside insects, which include dogs and cats. These have been found to consume the mushroom and suffer a painful death as a result. If the mushroom is known to have killed those animals, then that should be a good enough indication to avoid eating them. Plus, knowing the intense odor, they give off, it should be enough of an indication of what you are looking at.

Many see the toxins as being a gastro-intestinal irritant, formed when the slime carrying the spores is broken down in your stomach. Whilst it may only cause mild discomfort in some, I’m more than happy to pass on giving them a try.

The fungi kingdom contains thousands of species of interesting organisms and I’m forever intrigued at the sheer number of species. While many seem like a delicious choice for your next meal, I think this is one prime example of when to pass one by.