Mushrooms are, have been and always will be one of the planet’s most curious sources of food. From their rich earthy flavors, to curious appearances, as well as growth patterns that leave many foragers spending countless hours to find them. Just how did these strange growths become such highly-prized delicacies, sought after the world over? 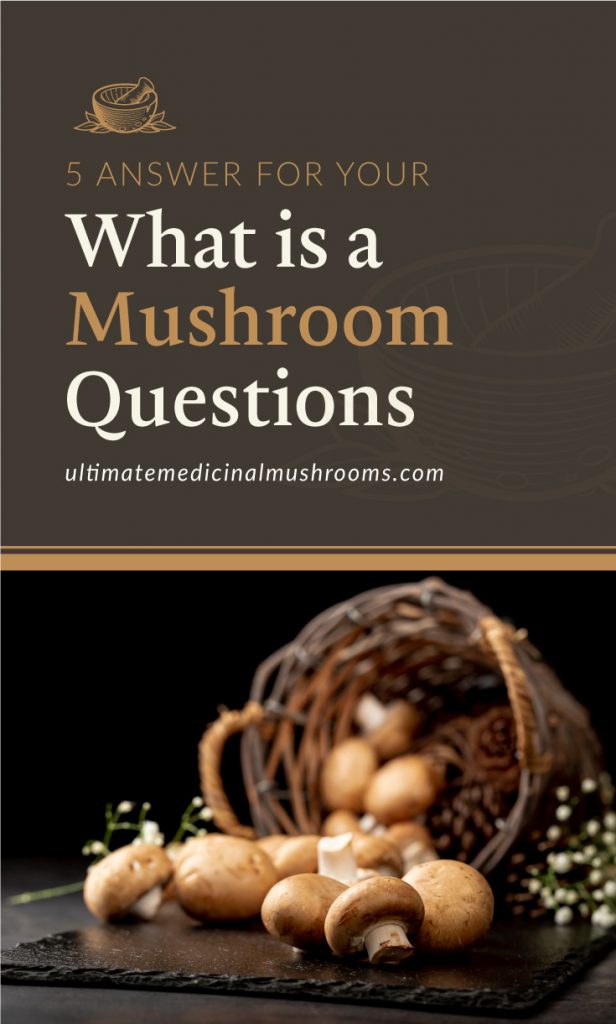 Question #1: What is a mushroom?

To really understand mushrooms, you need to know just what they really are. Unlike plants and animals that we recognize in an instant, mushrooms don’t always conform to the appearance we recognize, making them both elusive and mysterious.

Put simply, mushrooms belong to an entirely different classification. Know how plants belong to the plant kingdom? Us humans belong to the animal kingdom, along with nearly every other creature in the world. The mushroom belongs to the Fungi Kingdom, along with mold, yeast, and various other species. So now, when people ask you, what is a mushroom, answer that they belong to an entirely different kingdom, made up of some curious organisms.

Question #2: Can you eat all mushrooms?

No. Definitely not. Mushrooms have thousands of different species and while some prove to be delicious, others contain toxic levels ranging from mild to extreme. Certain varieties will also kill you. That’s how serious eating the wrong species is. Always know what you have before eating it. There’s no second-guessing.

Edible varieties include the Portobello, Shiitake, White Button, Cremini and the Morel. Highly-toxic varieties include the appropriately-named Death Cap, Destroying Angels, and Jack O’Lanterns. Hundreds of guides exist to help you properly identify mushrooms, which I highly recommend you study before setting foot out the door. Here is a great article to help you identify poisonous mushrooms.

Question #3: Why are mushrooms different from plants?

It all comes down to the structural make-up of each, with plants and mushrooms containing very different cells. While plants contain chlorophyll and create oxygen through a process called photosynthesis, mushrooms don’t. Plants also feed very differently, creating their own food from the organic compounds in the ground.

Mushrooms, on the other hand, need food sources in order to survive, feeding on organic and animal waste, plant matter and simple organic carbon. It’s common to find certain varieties growing on dead or dying trees, due to the mushroom feeding on the rich source of plant material.

Another key difference lies in their cell walls, with plants containing cellulose. Mushrooms don’t contain cellulose, the cell walls instead created from complex polysaccharides, namely glucan and chitin. Not only do these enhance the mushroom’s structural integrity, but they also protect it from predators.

Question #4: What types of mushrooms are there?

Because of the sheer volume of differing species of mushrooms, scientists classify them into four distinct categories. Now whenever someone asks, “what is a mushroom?”, the answer might be easier if you say one of the following four classes.

Saprotrophic mushrooms, like the white button, morel and shiitake, feed on decomposing plant matter. This makes them especially important, because they help the decomposing process, ensuring plants return back to the earth, enriching the soil. These mushroom types also tend to be the tastiest around, a true gift when it comes to the flavors they offer.

Mycorrhizal mushrooms are one of nature’s true team players, entering into an almost symbiotic relationship with their food source. That is because this variety attaches itself to the roots of trees and plants, taking what they need without damaging their host. In return, the mushroom provides nutrients to its host, the pair forming a relationship that’s interdependent and beneficial for both. These mushrooms include Chanterelles, Porcini and Truffles.

Parasitic mushrooms act very similar to the mycorrhizal varieties with one distinct difference. There’s no symbiotic relationship, the parasitic mushrooms feeding on their host until they die. Not all mushrooms remain parasitic, however, as some may turn saprotrophic once the host dies, helping the plant decompose faster. This variety includes Lion’s Mane, Chaga and Honey Fungus.

Endophytic is the final variety and definitely the most mysterious. Not a lot is known about them, other than the fact they live inside their host, at times turning parasitic, if the host dies.

Question #5: Are mushrooms good for you?

While “what is a mushroom” is a very good question, are mushrooms good for you is a far better one, because the answer may surprise you. Not only do mushrooms taste delicious and make up many restaurant’s menus with their appeal, but mushrooms are some of the most nutrient-rich foods on the planet.

Used in Eastern medicine for thousands of years, mushrooms house healing properties that modern scientists are still struggling to understand. Some mushroom varieties contain anti-cancer properties, anti-aging, and many other positive healing effects. Given the sheer number of mushroom varieties that exist, who knows what scientists will eventually discover with them.